Talking As Fast As I Can - Lauren Graham blog tour 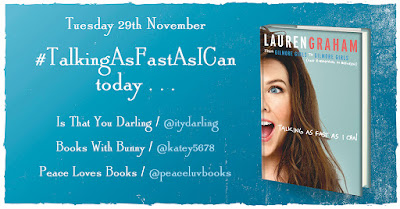 As a recent convert to Gilmore Girls (how on earth did I miss it for so long?!) I'm very excited to be part of the blog tour for Lauren Graham's Talking As Fast As I Can.

I'm one of many women out there who can relate to Lorelai Gilmore and how she says whatever's on her mind without really thinking it through.  That's part of her charm.

Picking a favourite Lorelai moment for the blog tour was tricky.  I could have gone for a mother/daughter moment (Lorelai's graduation left me with a lump in my throat) or her epic fangirling with Sookie at The Bangles gig despite being at the back of the venue, but I'm going with the one liner that makes me giggle every time I think of it, when Lorelai says to Rory - "Hey, maybe instead of going to college, you should drop out and I could quit my job and we can form an all-girl band with Lane, you know, like Bananarama. We could call it Tangerinarama or Banana-fana-fo-fana-rama…or something."

Why does that tickle me so much?  Mostly because that sounds like a band I'd really like to be part of.

The Blurb
In this collection of personal essays, the beloved star of Gilmore Girls and Parenthood reveals stories about life, love, and working as a woman in Hollywood-along with behind-the-scenes dispatches from the set of the new Gilmore Girls, where she plays the fast-talking Lorelai Gilmore once again.

In Talking as Fast as I Can, Lauren Graham hits pause for a moment and looks back on her life, sharing laugh-out-loud stories about growing up, starting out as an actress, and, years later, sitting in her trailer on the Parenthood set and asking herself, "Did you, um, make it?" She opens up about the challenges of being single in Hollywood ("Strangers were worried about me; that's how long I was single!"), the time she was asked to audition her butt for a role, and her experience being a judge onProject Runway ("It's like I had a fashion-induced blackout").

Some more things you will learn about Lauren: She once tried to go vegan just to bond with Ellen DeGeneres, she's aware that meeting guys at awards shows has its pitfalls ("If you're meeting someone for the first time after three hours of hair, makeup, and styling, you've already set the bar too high"), and she's a card-carrying REI shopper ("My bungee cords now earn points!").

Including photos and excerpts from the diary Graham kept during the filming of the recent Gilmore Girls: A Year in the Life, this book is like a cozy night in, catching up with your best friend, laughing and swapping stories, and-of course-talking as fast as you can.

Talking As Fast As I Can is released on December 6th in hardback and ebook formats, and available for preorder now.
Posted by Katey Lovell at 00:30 No comments:

Happy publication day to Lorraine M.L.M!  SeQuence, the first book in her new fantasy young adult series 'The Heart of the Ocean' is out now! 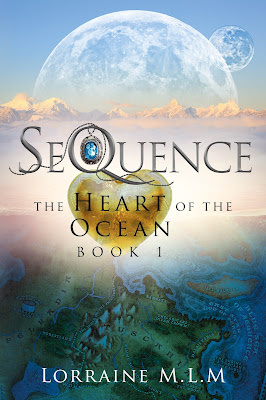 
From chaotic voices on Earth…


Haunted by voices inside her head, seventeen-year-old Alessia Appleton is incarcerated in a mental asylum. In her flight to sanctuary, she’s transported to Zeneshia, a breathtaking world under the sea filled with colourful forests and gigantic glowing moons. Here, she discovers the unique power of her mind—and how an entire kingdom’s survival is dependent on it. As she finds her true self, she falls irrevocably in love with Dante Erajion.


To the tranquillity of the Kingdom under the Moons…


Determined to avenge his mother’s murder, Dante isn’t looking for love until he meets Alessia. Together they unravel the past, inevitably kindling the Foretold Sequence of Hearts. In a world where Sequence takes precedence over chance, powerful forces manipulate the future and redesign Sequences, using Alessia as an unwitting cat’s paw in the Four Kingdoms’ Game of Sequence.


With Alessia and Dante’s destinies intertwined, their love is under threat…and so is the future of their people. As players of the Game make their first move, can young love survive the ordeals of a shifting Sequence to Life, Love, and Death? 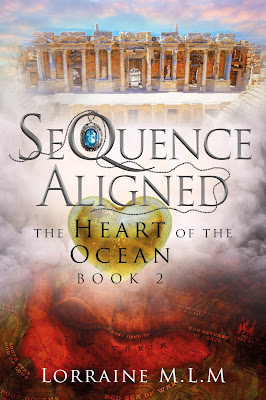 Posted by Katey Lovell at 12:05 No comments: