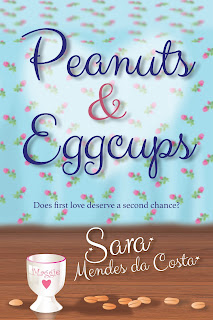 I’ve never really been a dater. My general reaction is…dating? Yeeeech! Scary! OK, I guess what I mean is, I’ve never been into regularly dating lots of guys to see how things pan out – great if you can do it, good on you! Might as well keep going until that guy or gal who’s fabulous comes along, I’m just not very good at it! – or rather, I use up so much energy and adrenaline, and come back in a heap! All that small talk and nerves!
For me, in the past, I’ve generally either got to know someone so that by the time we went out it was likely to be a sure thing, or I’ve had that ‘love’ at first sight experience. So a first date was exciting and led to a relationship.
I remember agreeing to go out on a date when I was a lot younger. I don’t know what made me say yes; I guess I was quite chuffed he’d shown an interest, but when it came to it I couldn’t go through with it! I was really anxious and didn’t actually fancy him at all. My mum had to go out and tell him I wasn’t well and lie on my behalf – she wasn’t best pleased I can tell you! In the end my friend and I had a double date with him and his friend – safety in numbers and all that - but when he turned round from the car’s passenger seat to talk to us sitting in the back, he had the most AWFUL bad breath! I mean seriously bad!! My friend and I were helpless in fits of (trying to be silent) giggles in the back seat as we’d both caught a whiff and spent the rest of the journey holding our noses!
There was another guy some years later who was seriously gorgeous!!! (and he knew it) However, after a few dates, one night when things were getting pretty eh hem – shall we say – intimate, he walked naked into the room I was in and, in the darkness, managed to bang his head on the door frame! I laughed so hard – I couldn’t help myself! Oops! Apparently it really hurt! He wasn’t very happy with my reaction. But I couldn’t stop laughing cos all I could see was a rather graphic silhouette in the doorway clutching his head. Things didn’t last too long after that…
There have been some good experiences too though ☺
Going back just a few years, I was single and so was my best friend Annie so we decided to go out, um, looking around (if you see what I mean) She fancied a cocktail so, off we went to a nearby place and outside there was a guy who I later found out was called Michael (I won’t tell you the comments Annie and I made when we saw him, it’s far too naughty for here!) Anyhow I fell for him on the spot.
Having sat on a table right by him (and eaves-dropped on all his conversations) Annie decided to go to the loo which meant going past Michael’s table…and right past Michael. However, on her way, her big handbag knocked his pint all over the table and on to his lap! Poor guy! But he was really sweet about it. And then – AND THEN - she proceeded to say, without thinking, (and it’s not the sort of thing she’d say)
‘I think my friend would rather like to lick that off you’ !!!!!
Oh my god! Seriously?? Cheers mate!! But, hey, it worked, so who am I to complain? That was the start of a beautiful friendship. After that Michael and I kept bumping into each other on the way to the loo and in the end he plucked up the courage to come over and ask me out on a date.
That was seven years ago and we haven’t looked back. Thankfully, I won’t have to do any dating anytime soon I’m not so sure I’m cut out for it!


Peanuts and Eggcups
For Maggie Parsons there’s only ever been one man: the stunningly delicious Luke Henderson.
Unfortunately, he left her, without explanation, after their ‘first night’ together …breaking her heart
in the process.
Now ten years on, without any contact, he’s back and going to her school reunion. Great! And, to
confuse matters…so is his suave, sexy, brother Tony who makes a major play for Maggie, then
turns up with his insufferable - supposedly ex – fiancée!
Via the reunion, a black eye, getting the sack (as a result) a madcap girlie holiday and juggling
her confused emotions around the two alluring brothers…Maggie starts to build a picture of what
she really wants in life.
Trouble is, Maggie’s a pawn in a game she doesn’t even know she’s playing …and things are
about to get a whole lot more complicated.
Available from Amazon UK 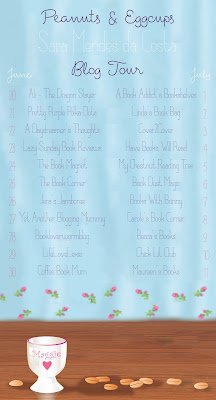 About Sara Mendes da Costa
Sara Mendes da Costa is the voice of the BT Speaking Clock; the fourth person to hold this
prestigious title since 1936.
A successful, world-renowned voiceover artist, her dulcet tones are easily recognisable on television,
radio, film and across countless media.
Never far from the press, she’s known for her appearances on BBC Breakfast, ITV This Morning,
Children in Need, Wake up to Wogan and The Today Programme, and balances her prolific voiceover career with her passion and commitment as a novelist.
Peanuts & Eggcups, her debut novel - hotly anticipated by the industry - is “The perfect & highly
addictive reading companion for women’s fiction fans”.
A lover of laughter, creativity, great storytelling and a wee dram, Sara adores writing novels and seeks to entertain, uplift and inspire.
Her upcoming novels: Time & Time Again & Maggie Ever After, are expected in 2017.
Visit: www.saramendesdacosta.com
Facebook: https://www.facebook.com/speakingclock.saramendesdacosta
Twitter: https://twitter.com/BTSpeakingClock
Posted by Katey Lovell at 00:30