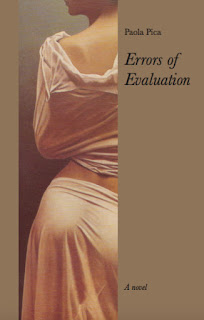 
Let’s take, for example, the enormous amount of historical remains scattered all over the country, small villages included, and let’s see how underestimated the most part of them is. Both Politicians and citizens seem to take all that beauty and value for granted and don’t do enough to protect and (why not?) make the right profit from them.  Someone might object that there simply are too many and it would be impossible to give each of them the due consideration.  That is actually what I am trying to say, that is, our Culture is not profit oriented enough, in this respect.  Why shouldn’t we get money from one of the greatest resources that we have?  It seems to me that the Italian Society is not talented for making money in the easiest way.   Everything must be a little difficult…to make Italians appreciate it.


And here I come to a second feature in my Culture, that is its attitude to money.  Italians sometimes think that “pecunia olet” (money stinks), according to a honor code which dates back to a far past, when people had to show more interest in the cultural aspects of things and places than in their money value.   On the contrary, I appreciate what I see in Northern Europe, where each single historical remain, even the smallest stone from a Roman “castra” or a piece from a Viking weapon, is encircled by a fence or encased in a glass box, for paying visitors to look at.


Of course, as each medal does, the Italian attitude to money has the opposite cultural side, which is our generosity and that I like very much.  I’m not speaking of large cities, like Rome or Milan, where people don’t live according to their traditional lifestyles any longer.  That’s an aspect of globalization and it is all another story.  Let’s go into the countryside or to a small town and ask people in the street for an information or some help; or let’s simply watch what happens if you are clearly in need for it. People are ready to help and don’t expect anything in return.


Something else that I don’t like in Italian Society is the way our Politics works and how distant it keeps from us citizens and the enormous bureaucracy we have to put up with.  Once again, all this dates back to our historical past, which has shaped our Society and Culture.  When Italy didn’t exist yet and its territory was divided into several small different “states” and Ambassadors were the only means of communication  among them, all had to be bureaucratically worked out and taxes and duties had to be paid just for travelling across territories.  This part of Italian Society should be deleted completely and as soon as possible, in order to make Italians’ lives easier.


One more thing that I like in Italian Culture and Society (I couldn’t separate the two in this respect) is the conviviality and good cooking.  The worldwide reputation of the latter doesn’t need any explanation; but I like to say some words about how nice and simple Italians find to enjoy the “pleasures of the table”. Even the simplest plate of “penne all’arrabbiata” (a typical kind of pasta enriched with very spicy tomato sauce), together with the less expensive glass of local (actually from any place) wine will be turned into a banquet, when friends get together and share the end of a Winter or Summer day.


What else, could I say about my everyday surroundings and environment?  I can add that, as Arts are part of our life, even the simplest and less wealthy people know how to match colours in their clothes and like to be surrounded by nice things at home.  Even the smallest places are decorated with items from our handicraft, which is so much varied from the North to the South of Italy, due to the historical fragmentation at which I hinted above.  Even the smallest window in the smallest village has its handmade lace curtain and its pot of geranium.  And that lace is usually blown up on a sea background or a mountain one.  This is my Italy, the one I really love, made up with Culture and Society strictly linked together. 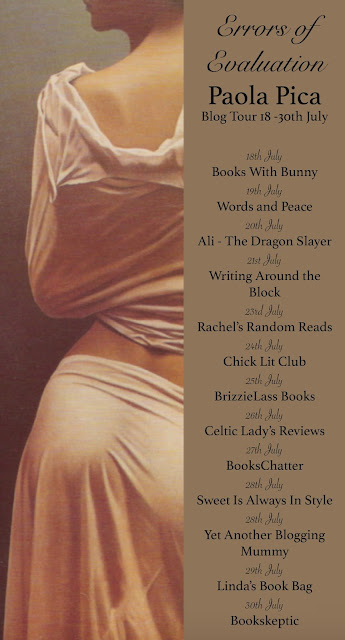 Paola Pica's novel Errors of Evaluation is published on 26th July 2016 and available to preorder now.

Blurb
Francesca's presence pervades the lives of those she meets. She leaves an indelible mark, the true nature of her personality revealed through other people's encounters with her. Her boldness as a spoilt child. Her temporary (and just) suffering as the victim of a shrink - an ambiguous and even more unscrupulous person than her in grasping anything graspable. And the more than explicit revelation of her blind egocentrism, because of which she ignores the one person who has tried tirelessly to help her. Three very different characters tell the same story about the enigmatic woman who has entered the lives, each one illuminating who Francesca really is, from their own point of view. Each character has made an error of evaluation which they realise has prejudiced their lives and their relationships. An omniscient narrator will have the final say. This is the first version in English of Errors of Evaluation by the Italian writer Paola Pica.
Posted by Katey Lovell at 21:17