I'm incredibly late posting this monthly round up and that's mainly because September was a pretty fruitful month when it came to reading.  It's fair to say I was looking for love in my September reads, with lots of commercial romantic fiction, but I also enjoyed a fair amount of manga too, which I'll wrote about in a separate post.


Step Back in Time - Ali McNamara 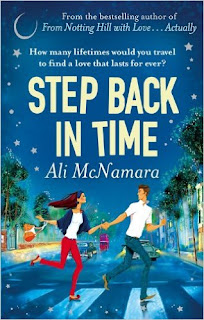 The Blurb
How many lifetimes would you travel to find a love that lasts for ever?
When single career girl Jo-Jo steps onto a zebra crossing and gets hit by a car, she awakes to find herself in 1963. The fashion, the music, her job, even her romantic life: everything is different. And then it happens three more times, and Jo-Jo finds herself living a completely new life in the 1970s, 80s and 90s. The only people she can rely on are Harry and Ellie, two companions from 2013, and George, the owner of a second-hand record store.
If she's ever to return from her travels, Jo-Jo must work out why she's jumping through time like this. And if she does make it back, will her old life ever be the same again?

My Thoughts
A great read with romance, time travel and a whole lot of Beatles references!
This was a fun and original story which had me chuckling along as protagonist Jo-Jo found herself leaping between the decades.  The attention to detail in each era made this perfect for book for anyone with a nostalgic bone in their body, and I absolutely adored record shop owner George.
My first Ali McNamara book, but certainly not my last! 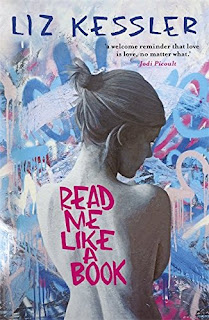 The Blurb
The first YA novel from bestselling author Liz Kessler, Read Me Like A Book is a brave, honest and vital coming-out story that follows one girl's exploration of love, identity and sexuality.
Ashleigh Walker is having a difficult year. She's struggling at school, and coming home to parents who are on the verge of divorce. She knows she should be happy spending time with her boyfriend - but, for some reason, being around him just makes her worry more. It's only in her English teacher, Miss Murray, that she feels she's found a kindred spirit. Miss Murray helps Ashleigh develop her writing skills and her confidence - but what happens when boundaries begin to blur? What will the repercussions be for Ashleigh? And how will she navigate her own sexuality?

My Thoughts
An engaging and relevant coming of age story which will appeal to both YA and adult readership. This was an extremely readable tale and I rooted for Ashleigh as she explored her own sexuality.  There have been more LGBT+ books published again lately, and if they are all of this quality then I'm sure they'll be a welcome addition to bookshelves everywhere.


Milkshakes and Heartbreaks at the Starlight Diner - Helen Cox 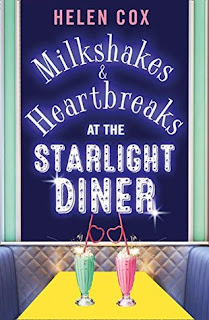 The Blurb
Esther Knight is sharp, sarcastic – and hiding something. She waitresses at The Starlight Diner: a retro eatery where Fifties tunes stream out of the jukebox long into the night, and the tastiest milkshakes in New York are served.
Nobody at the diner knows why Esther left London for America – or why she repeatedly resists the charms of their newest regular, actor Jack Faber.
Esther is desperate to start a new life in the land of the free, but despite the warm welcome from the close-knit diner crowd, something from her past is holding her back. Can she ever learn to love and live again?
Milkshakes and Heartbreaks at the Starlight Diner is a witty, romantic, New York-inspired novel.
My Thoughts
I really enjoyed Milkshakes and Heartbreaks at the Starlight Diner.  The cover and the blurb and mainly cheery and uplifting, but don't be fooled, this isn't all ice cream sundaes and eggs sunny side up.  Esther is a far more enigmatic character than that.
I loved how this book tackled some darker plot lines whilst still having a warm humour to add a delightful balance to the novel.
This is the first book in a series and I'm very much looking forward to the next.  Service please!
Keeping Her Secret - Sarah Nicholas 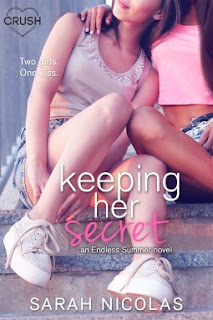 The Blurb
The last person Riya Johnson expected to run into at her new summer camp is Courtney Chastain—her childhood best friend and the girl who broke her heart after a secret, mind-blowing, life-altering kiss. She definitely didn’t expect to be sharing a bunk bed with her for four long weeks.
Courtney has what every girl wants—she’s beautiful, rich, and the object of every boy’s desire at Camp Pine Ridge. Too bad none of them make her feel an iota of what Riya’s kiss did all those years ago. But Courtney needs to uphold appearances at all costs—even if it means instigating an all-out prank war with Riya as her main target.
Neither girl can stop thinking about the other…but that doesn’t mean they can give up past hurts and take a chance on a future together.

My Thoughts
Riya and Courtney used to be friends. Then they kissed and everything changed. Now their paths have crossed at camp and it's time to assess if they are friends or if there's something more between them...
Full of angst, camp pranks and f/f romance, this is a cute book from Entangled, but I'd have liked more of the romance and 'aww' of the later sections earlier on.                   ﻿ 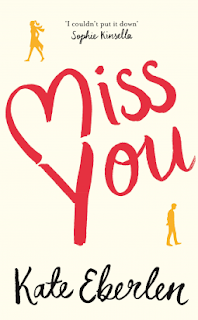 The Blurb
Tess and Gus are meant to be. They just haven't met properly yet. And perhaps they never will . . .
Today is the first day of the rest of your life is the motto on a plate in the kitchen at home, and Tess can't get it out of her head, even though she's in Florence for a final, idyllic holiday before university. Her life is about to change forever - but not in the way she expects.
Gus and his parents are also on holiday in Florence. Their lives have already changed suddenly and dramatically. Gus tries to be a dutiful son, but longs to escape and discover what sort of person he is going to be.
For one day, the paths of an eighteen-year-old girl and boy criss-cross before they each return to England.
Over the course of the next sixteen years, life and love will offer them very different challenges. Separated by distance and fate, there's no way the two of them are ever going to meet each other properly . . . or is there?

My Thoughts
I adored this book!  The near-misses of Tess and Gus had me hooked from the very first page.  Kate Eberlen has created two characters that I genuinely cared about, with a supporting cast of interesting periphery characters to back them up.  None of them were two dimensional, they were real and flawed and utterly believable.
As well as wonderfully rich characters, this book had me longing to be back in the beautiful city of Florence, encapsulating the magic of place perfectly.
I've recommended this book to everyone I know - if you love a love story (and I absolutely do) then you really must read Miss You.  One of my favourite books of 2016, hands down. 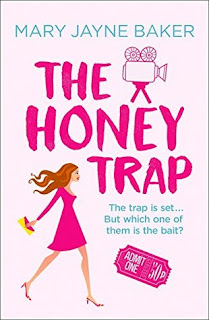 The Blurb
The trap is set – but which one of them is the bait?
Journalist Angel Blackthorne is looking for her next big scoop. When her sleazy editor asks her to use her charms on super successful – and married – film director Sebastian Wilchester for a juicy exposé, Angel thinks what the hell? There’s a staff job on the horizon, and, let’s be honest, no one can make a cheater cheat if they don’t want to, right?
After the scandal breaks, Angel tries to put the story – and Seb – behind her, but fate seems to have other ideas. A near miss at a premiere after-party and a shared love of vintage film brings the honey closer to the trap.
But what happens when pretence leads to passion, and a ‘kiss and tell’ becomes something real?

My Thoughts
Fun, flirty and at points downright filthy, The Honey Trap is the story of Angel, who works for a tabloid newspaper, and big name film producer Seb. When Angel's boss asks her to act as a 'honey trap' in order to get compromising photos and a sensationalist headline, sparks begin to fly between the two of them...
What I loved most about this was the balance between humour and sexiness - it was a red hot read in places! There were also tender moments and little twists which made me eager to keep reading. Although to be honest I fell a little bit in love with Seb along the way too, and once I love a hero I'm always hooked. If this book is anything to go by Mary Jayne Baker definitely knows how to write a delicious male lead! I'm looking forward to what's to come next from this debut author.
If you've loved the balance of wit and sex in Debbie Johnson's books, you'll adore this one.
The One with the Wedding Dress - Erin Lawless 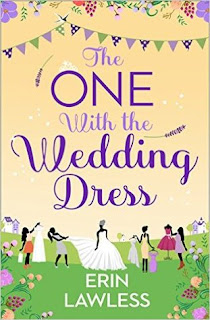 The Blurb
For fans of romantic comedies like Bridesmaids and Four Weddings & a Funeral, and bestselling authors Mhairi McFarlane and Jenny Oliver, this is a hilarious new romantic comedy series about one bride and her four best friends.
My thoughts
Following on from The One with the Engagement Party, The One with the Wedding Dress reintroduces bride to be Nora and her flock of bridesmaids as they head to the Cotswolds in search of the perfect wedding day attire. Of course, in true romcom fashion there are hitches along the way and that combined with the wit and pun-tastic humour I've come to expect from Erin Lawless makes for a fun second instalment of the Bridesmaids series.
I love books that are centred around a group of friends and these girls have totally captured my heart - I can't help noticing flickers of my own pals in their character traits and I'm wondering which of the wedding party I myself have most in common with!
I'm loving watching these characters develop and can't wait to find out what happens in part three!
Posted by Katey Lovell at 16:18