If you’re lucky enough to spend the run-up to Christmas, or the magical day itself, in New York City, you’ll likely want to experience all of the events you’ve seen in the movies and on television. And you should! There’s nothing like seeing a couple get engaged on the ice at Rockefeller Center while Santa Claus looks on. Or walking along 5th Avenue to see the iconic window displays. And you wouldn’t want to miss a trip to Macy’s flagship store on 34th Street to visit Santaland and make your own miracles and memories.


But don’t skip the off-the-beaten path offerings my fair city has to offer up during the festive season. Here are a list of five of my favorite less heralded “must-dos” for the holidays in New York: 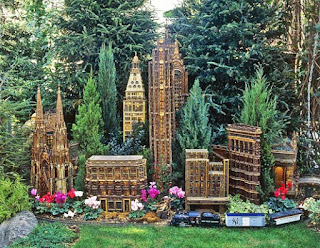 If you’ve never been to the New York Botanical Garden, you are in for a treat. The grounds are breathtaking in any season, and the ride up on Metro North is pleasant and relaxing. There’s always a holiday thrill in this air during this event, and it’ll whet your appetite for the big day. The trains themselves are glorious, and the bonus is that all the train displays are made out of barks, leaves, fruit, nuts, branches, and twigs! 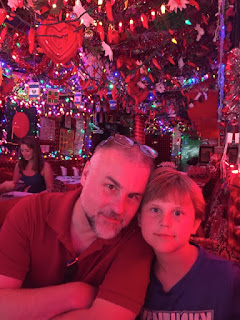 There is a strip in the East Village called Indian Row, dotted with dozens of curry-heavy restaurants. I have been going to this one for decades. Warning: It shares a staircase and tiny landing with a competitor, and the minute they see you coming, the wooing begins. Hold your ground and go to Panna, where you’ll be welcomed in a matter-of-fact way by the owner, Mr. Khan. The Christmassy part? All the lights and sparkles and foil decorations make the tiny eatery look like it got bombed by Santa. Plus, it’s open on Christmas Eve and Christmas. 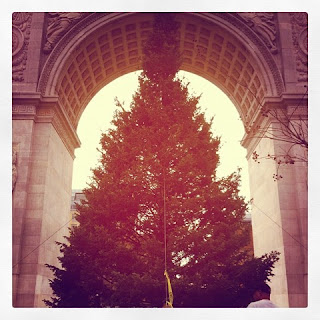 Washington Square Park enjoys a rich literary history with connections to Louisa May Alcott, Edgar Allan Poe, William S. Burroughs, Jack Kerouac, and others. It’s in the historic New York University neighborhood, and is a pleasant place to walk and people watch. On December 9th at 6 p.m. they will light the giant tree, which will be followed by caroling.  And on Christmas Eve, enjoy more carols (led by a brass quartet) at the Arch, and sing along with l the locals who stay in New York for the holidays.


The Big Apple Circus, on the Campus of Lincoln Center, Upper West Side 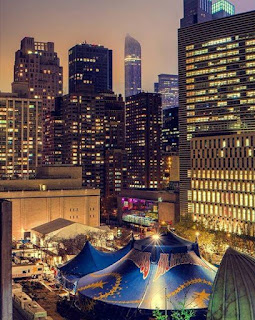 This wonderful show, which changes themes each year, relies less on animals and more on human fats of skill, acrobatics, and showmanship. It’s so fun to be under the Big Top smack in the middle of Manhattan. It feels like taking a trip! And when the circus is over, wander out onto the plaza at Lincoln Center and take photos by the famous fountain and lighted steps. The tree will be lit, and you’ll glimpse the buildings that house the world’s most famous opera and ballet companies. 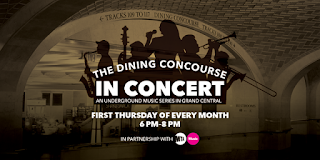 Not only can you shop for unique gifts here during the holiday season, there are events such as art installations and music concerts to immerse yourself in. There are trains every year, and if you get hungry, you can grab a bite at the food court, or if you want to splash out, have a meal at The Oyster Bar. Sit at the counter and watch the ancient, hard-boiled New York waiters and cooks prepare your stew to order in the one-of-a-kind countertop kettles. And on your way out, stop at one of New York’s best-kept secrets: The Whispering Arch. Physics makes it possible for you to stand meters away from a friend and hear the message that he or she speaks, even with a turned back.


Lynn Marie Hulsman lives in New York.  Her Christmas novel A Miracle at Macy's is out now, published by Harper Impulse. 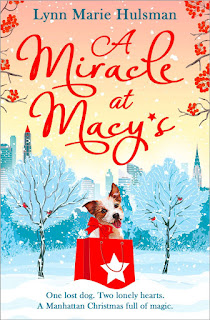