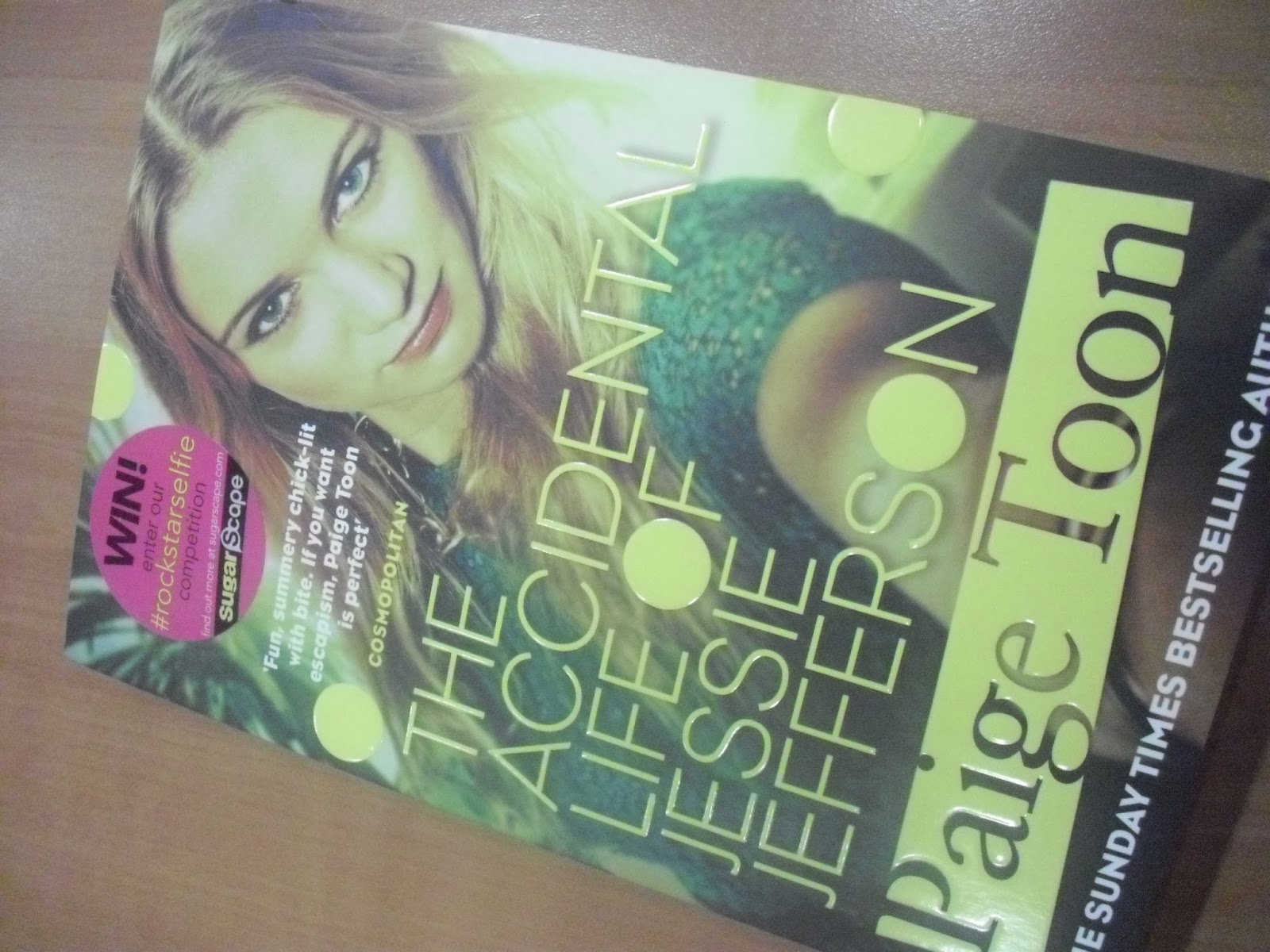 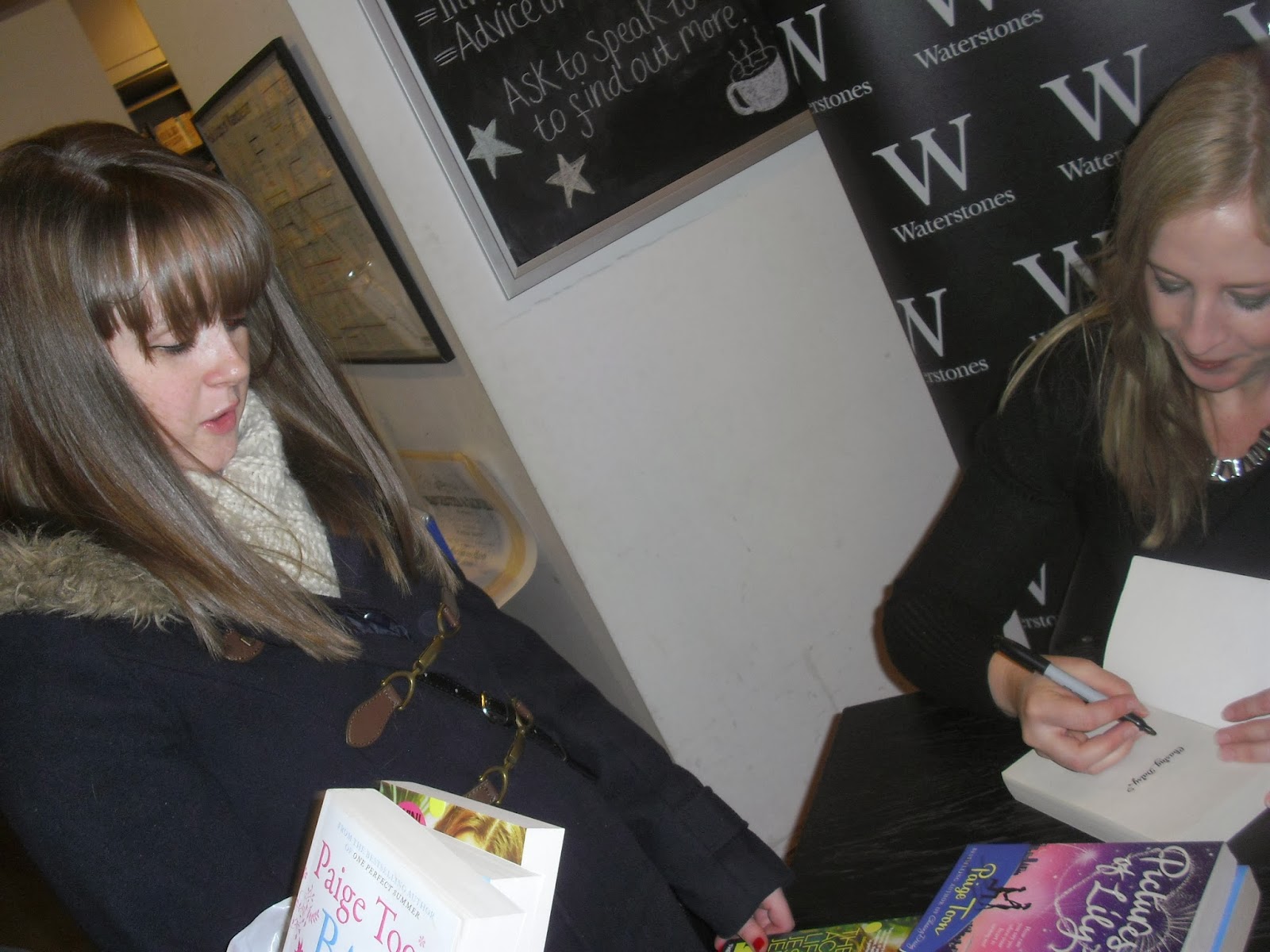 ﻿﻿
﻿﻿﻿﻿It isn't every day you get to meet a bestselling author (well, admittedly, I do it reasonably regularly, but you know what I mean) and meeting the lovely Paige Toon at Waterstone's in Manchester's Arndale Centre today was an absolute pleasure.  Paige happily signed copies of her novels, including her YA debut The Accidental Life of Jessie Jefferson and made time to talk to her readers and pose for photos.  It was also lovely that she remembered the Books with Bunny blog and that she had taken part in a Q and A with us last year (you can read it here).


My excitable six year old was also delighted to meet Paige, he was slightly obsessed with her name being 'Paige Toon' which he noted is exceptionally close to 'Page Two'...  That boy and his imagination...I wonder where he gets it from ?!  He also says she was very pretty and that he liked that he got to sit in her chair (whilst we were waiting he decided to sit in the author hotseat-warming it up for Princess Paige!), and she was incredibly patient with his attempts to foist pens, post its and protractors onto her! 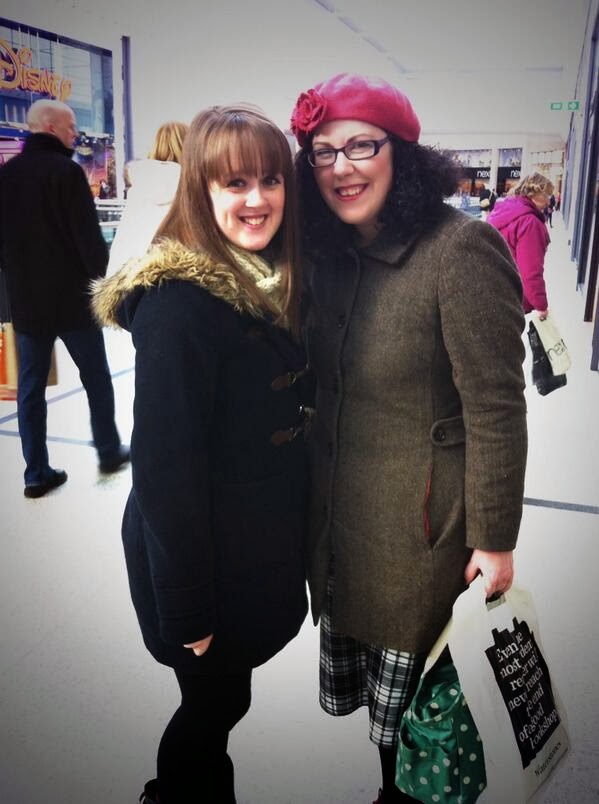 Another lovely aspect of going to book signings is being surrounded by likeminded people, people who have the same passion for reading, appreciation for the hard work involved in writing a novel and who still value the importance of a 'real' book.  After all, you can't get an ebook signed, and if you could it wouldn't have that same physical presence.  Today I finally met my twitter friend @EmmaLouAuthor who is a fellow book blogger and who is also trying to get her own writing published.  We seem to be incredibly similar so it was really lovely to meet in person and be able to give each other a real hug rather than a cyber hug!   I also got to meet Gemma who was a sweetheart as well, the time waiting for Paige flew by as we were jabbering away about Lego, Harry Potter, One Direction and of course, books.
It was a wonderful day spent with genuinely nice people, well worth an early start for.  I also had the opportunity to start The Accidental Life of Jessie Jefferson on the train home, and I have a feeling it could be Paige's best book yet.  I was immersed in Jessie's world, completely and utterly.  The gamble to expand and write for the YA audience has definitely paid off in my eyes!
﻿﻿
﻿﻿
﻿﻿