I'm delighted to be part of Pippa Croft's promo blitz!  I've been patiently awaiting the release of this book for months, and now the day almost finally here-yippee!!!!  Keep on reading to get a sneaky peek at an extract and to find out more about the author... and then buy the book when it is realeased next week ! 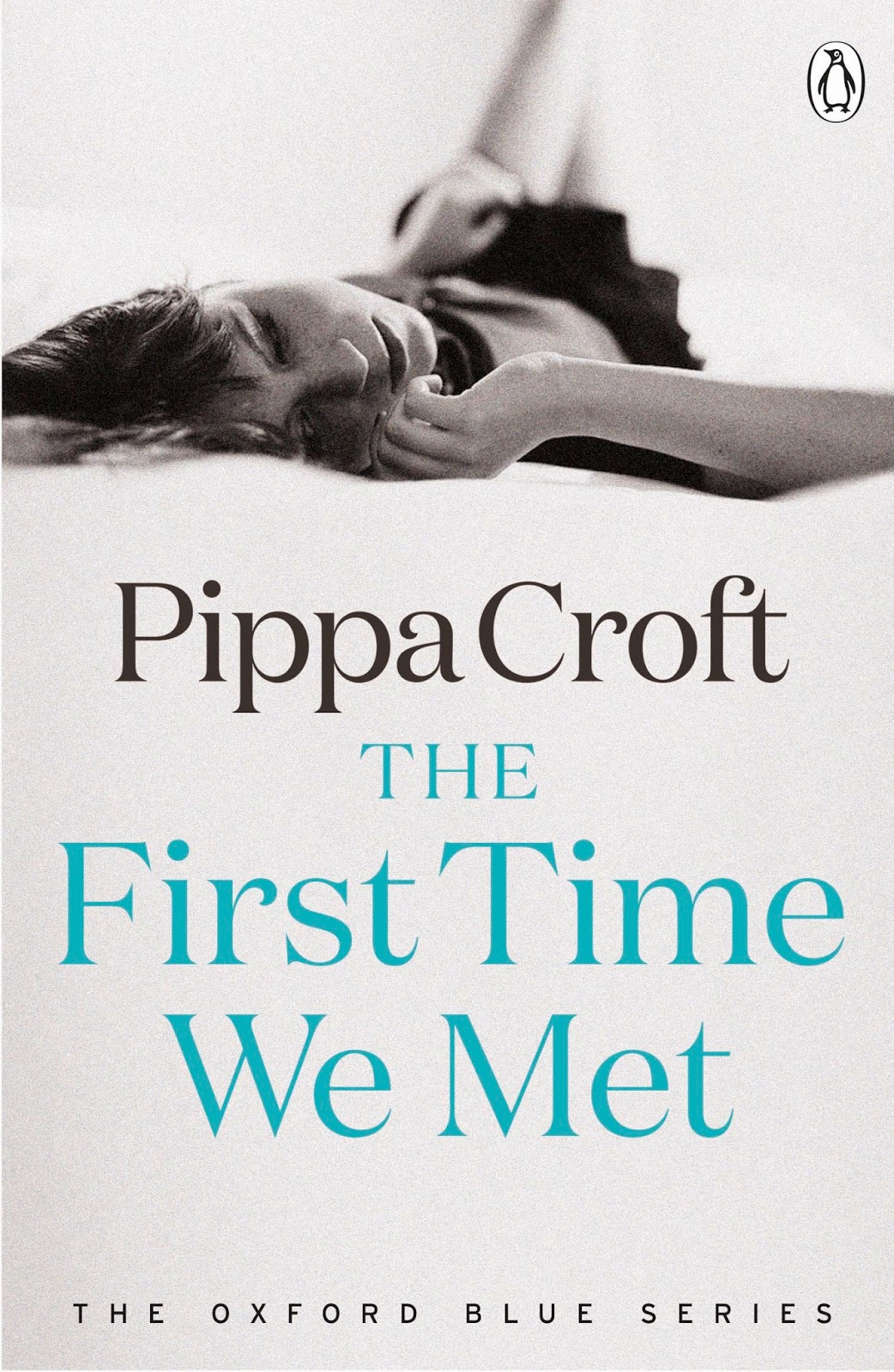 The First Time We Met by Pippa Croft


Blurb: When US Senator's daughter, Lauren Cusack, arrives at the enchanting Wyckham College of Oxford University she hopes to mend her broken heart by throwing herself into her studies.
But then English aristocrat Alexander Hunt walks into her life and everything changes. Handsome, brooding, and with his own dark past to escape, Alexander is exactly what Lauren doesn't need - but she finds herself helplessly drawn towards him.

Both Alexander and Lauren know that they should stay away from each other... but sometimes desire is so powerful that it conquers all else.


About Pippa: Pippa Croft is the pen name of an award-winning romantic novelist. After studying English at Oxford, she worked as a copywriter and journalist before writing her debut novel, which won the RNA's New Writers' award and was later made into a TV movie. She lives in a village in the heart of England with her husband and daughter.


Lauren Cusack is an American student, newly arrived to start her master’s in Art History at Wyckham College, Oxford. As she unloaded her luggage, she glimpsed a strikingly handsome guy, and has wondered ever since who he is...

In spite of my words, my pulse rate spikes as I take in the dark brown hair and those quarterback shoulders. I know him. He’s the guy from the Range Rover.


He can’t be that much older than me, but there’s something behind those eyes that makes me think he’s lived much longer and seen so much more than I ever have or will. He glares down at me as if I’ve committed a crime.


‘No, I have not.’ But damn, my hand brushes over my cheek as I deny the obvious.


‘Yes, you have. Your eyes look red and your face is wet.’


‘So my contacts are irritating. Is there a law against it?’


His nostrils flare slightly. ‘Of course not. Wait.’ He pulls a clean white square from the pocket of his suit and his voice softens. ‘May I? There’s a lash in the corner of your eye. I don’t want to smudge your mascara any more than it already is. Tilt your head up, please.’


It may be a request but the way he says it, there’s no room for negotiation.  I tilt and my heart thumps like a road drill. Reaching out, he dabs at the tear tracks on my cheek with his handkerchief. I know I ought to feel patronised but it’s such an unexpectedly tender gesture from this granite-hewn guy that I don’t want to stop him. As his fingers brush across my damp skin, there’s a tightening low in my belly that I can’t mistake for anger or nerves. As he touches me, my skin prickles all over and not in a bad way.


‘Just relax,’ he orders and I’m in no position to disobey with my gaze turned skyward. I feel the cool of metal softly graze my cheek and realise he has a ring on his little finger. This close, he smells of freshly laundered linen. No cologne, no booze, just cool and clean and composed.


There’s a moment where I don’t think I will ever be able to move again, then I glance down and the eyelash is the tiniest thing on the tip of his little finger. And there’s the ring. A gold signet ring like my grandfather used to wear.


‘A pleasure.’ His expression doesn’t match his words but he adds, ‘That didn’t hurt a bit, did it?’


If he says it doesn’t hurt, I guess it doesn’t. The wind is blowing through the cloisters and has pasted my damp dress to my body like shrink wrap. I feel naked before him and throw my arms around my chest, not that it’s any kind of protection from a gaze that seems to penetrate my flesh and bones.


A smile flickers over his face and for that brief second, his austerely handsome profile is transfused with warmth. My God, he is beautiful. Scary but divine. What is he doing here at Wyckham?

You can also watch the promo trailer for this book (including my own fair self!) talking about the first time they met inspirational people in their lives.  http://www.youtube.com/watch?v=qRr8pJ18pk4