During December I took part in the Happy Harper Christmas event, an online celebration of Harper Impulse' festive reads.  As part of the event, I took part in the '3dathon', a very manageable readathon because, as the name suggests, the aim was to read three books!

Firstly, I read Brigid Coady's short story collection A Stocking Full of Romance.   Containing seven stories to satisfy romance readers of every type, each story had it's own unique flavour.  The first two stories which were more traditional in style were my favourites, but there were quirkier reads that will appeal to anyone looking for something fresh.  If you enjoy short stories, give this one a try! 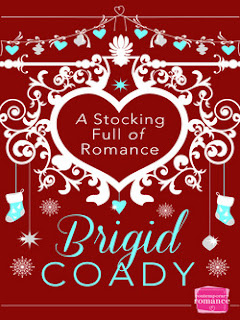 Next I went for something totally different, Loving Winter Nights, Love Romance.  This perma-free story was written in a round robin style by a number of Harper Impulse authors and as a writer I loved the idea of reading a collaborative project written without a plan.  Without giving away the plot, this was full of tense scenes that made me wonder where it was heading, with a thread of romance interwoven for good measure.  I really loved the interview with the authors at the end, where they all spoke of their experience taking part in the project.  An interesting idea and well written, but at times, unsurprisingly when you consider the way it was written, the plot veered off on unnecessary tangents. 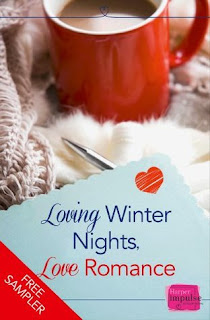 Finally, I read Cold Feet at Christmas, which had been a huge success for Debbie Johnson back in 2014.  It was even Christmas number 1 in the iTunes book chart! It took me a while to get into this one - I'd made the mistake of judging a book by its cover and had been expecting 'chicklit' (this was a pretty hot romance).  I'd also taken the cold feet to mean a nervous bride, rather than one who'd been jilted - the cold feet of the title were literal, rather than metaphorical.  The first section was built mainly around the sexual attraction between the two lead characters, with hints at the secrets of their pasts dropped in.  I definitely found the second half of the book 'meatier' and as I found out more about the characters and their lives it explained some of their choices and behaviours.  I also loved the Chicago scenes and reliving my own night up the Hancock Tower.  Why more books aren't set there I don't know, because it really is a city with everything going for it.  I'm looking forward to reading more Debbie Johnson now, and hear great things about her most recent release, Never Kiss a Man in a Christmas Jumper. 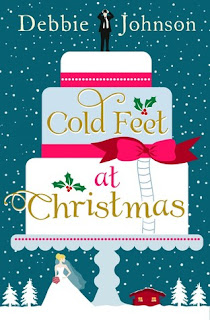