I'm delighted to be able to share an extract from MaryJanice Davidson's Danger, Sweetheart on my blog today. 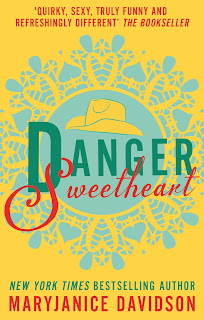 Natalie Lane watched the rented truck cover the last half mile to Heartbreak and was not impressed. This would be the first of what promised to be weeks of awful days, and not for the first time she wondered why she didn’t give up, give in, and get lost. Follow half the town out of town. Let Sweetheart die.
Not even if he stuck a gun in my ear. Because it wasn’t the town, it was never the town, it was always the people. Well. Most of the people. Garrett Hobbes, for example, could fuck right off. The world needed more golf courses like a diabetic needed a glucose drip.
The truck passed the last gate and pulled up between the farmhouse and Barn Main. The engine quit and she could see him in the driver’s seat, moving his hands, and was he . . . ? Was he patting the steering wheel? In a well done, mighty steed way? Yes. Yes he was.
Self-congratulation must run in that family, she mused. Oh, and look at this. He remembered to kick out the ladder this time. Too bad. She’d  have loved to see him on his ass in the dirt. Again.
“It’s you!” he said as he hopped down, having the balls-out nerve to sound excited. Except where did she get off ? Before she knew who he was, she’d have been happy to see him, too. If anything, she was more pissed because she had liked him on short acquaintance. What  if he’d never seen her in her other life? When would she have found out his terrible truth? Their first date? Their first month–aversary? Their wedding night?
Wedding night? Jeez, Natalie, get a grip.
“Hello again.” He stuck out his hand, which she definitely didn’t notice was large and looked strong, especially in contrast to her own teeny paws. Nor did she notice he had big hands and, as a glance at his shoes told her, big feet, and she definitely didn’t form a theory about his dick based solely on his sizeable mitts. She also didn’t notice how his smile took years from his face, or how his pricey clothes beautifully set off those long legs and wide shoulders, that  the color of his crisp button-down shirt was the same color as his dark blue eyes, that his tan slacks
(slacks? Seriously? Slacks?)
fit like they were made for him
(of course they were; guy’s probably got a fleet of tailors stashed somewhere)
and that his swimmer’s shoulders made his waist appreciably narrow in contrast.
He was still holding out his hand, and she gave it a brief listless shake, the limp kind with the bare tips of her fingers. “You’re late.” 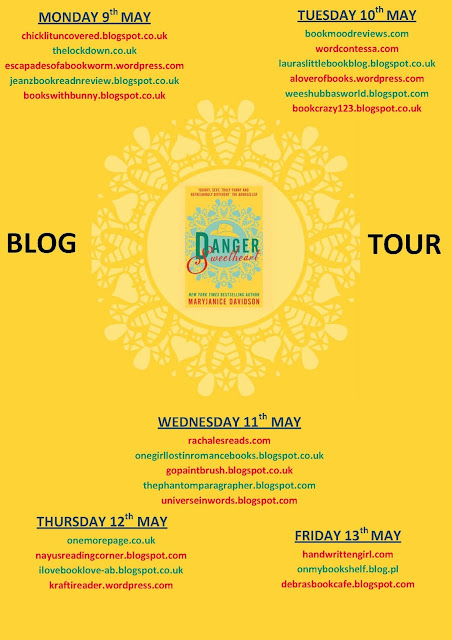