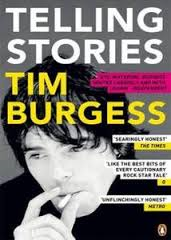 Tim Burgess, lead singer and frontman with The Charlatans, has lead a life immersed in music.

I was particularly interested to read Telling Stories because The Charlatans were a band I listened to a lot during my teens.  I grew up in Monmouth, in a midterraced house on Rockfield Road, just a couple of miles from where The Charlatans recorded.  I actually met Tim Burgess twice in the mid 90s, and was completely in awe of this beautiful man.  He had an ethereal quality, seeming much more introvert than his outer persona would suggest.  I still have his autograph on the back of a National Lottery slip.

Burgess talks about his teenage years clubbing in Manchester, particularly at the legendary Hacienda, and his early experiences of substance abuse.  As a vinyl collector he is knowledgeable about an eclectic mix of artists and bands, name-checking and recommending them throughout the book.  You'll be reaching for your music collection (or youtube for some of the more obscure recommendations) as you read.  Then of course there are his experiences as a musician.   The Charlatans are often referred to as part of the 'Madchester' scene and also the later Indie/Britpop genre.  However, part of the beauty of The Charlatans is their constantly evolving sound, and when you read Telling Stories and see the diverse list of influences, it becomes apparent just why their sound transcends so many genres. 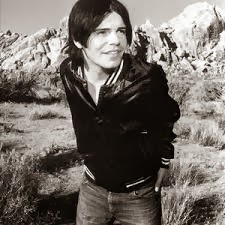 Most music memoirs are chock-full of sex, drugs and rock and roll.  Burgess himself acknowledges that drugs and rock and roll were his focus, openly admitting to the methods he used to smuggle drugs across borders and his drug reliance which he refers to as self-medication.  The tragic death of bandmate Rob Collins, fraud scandal and armed robbery add depth and emotion to this compelling autobiography.

An honest, insightful look into the mind of a notable musician, Telling Stories is an interesting memoir which will particularly appeal to music fans of a certain age.

Telling Stories is available in paperback now, published by Penguin.

With thanks to Penguin for providing me with a copy of this book in return for an honest review.