The Second Time I Saw You- Pippa Croft *Blog Blitz* 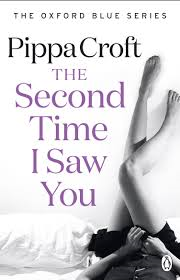 
It's the beginning of a new term at Wyckham College, Oxford, and a fresh start for Lauren Cusack. Her fingers were badly burnt when a whirlwind romance with gorgeous English aristocrat, Alexander Hunt, became too hot to handle - and now she's determined to keep her distance.


Her resolve is shaken when Alexander appears on her doorstep - he's been completely torn apart by some devastating news. Lauren knows that she should stay away, but their chemistry is undeniable and she soon finds herself back in Alexander's arms.


Can Lauren handle the drama that comes with Alexander Hunt? Or will she have to sacrifice the most exhilarating passion she's ever known . . .


(The Second Time I saw you is the 2nd book in the Oxford Blue Series.) 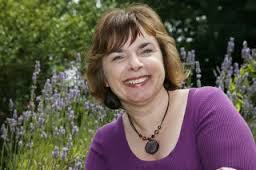 Pippa Croft is the pen name of an award-winning romantic novelist. After studying English at Oxford, she worked as a copywriter and journalist before writing her debut novel, which won the RNA's New Writers' award and was later made into a TV movie. She lives in a village in the heart of England with her husband and daughter. 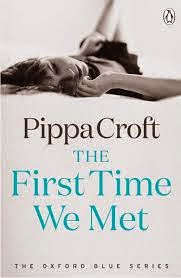 The First Time We Met is the first novel in the sizzling new Oxford Blue romance series from Pippa Croft.


When US Senator’s daughter Lauren Cusack arrives at the enchanting Wyckham College of Oxford University, she hopes to mend her broken heart by throwing herself into her studies.


But then English aristocrat Alexander Hunt walks into her life and everything changes. Handsome, brooding, and with his own dark past to escape, Alexander is exactly what Lauren doesn’t need – but she finds herself helplessly drawn towards him.


Both Alexander and Lauren know that they should stay away from each other . . . but sometimes desire is so powerful that it conquers all else.
Posted by Katey Lovell at 02:00