Waiting on Wednesday- Every Time a Bell Rings - Carmel Harrington 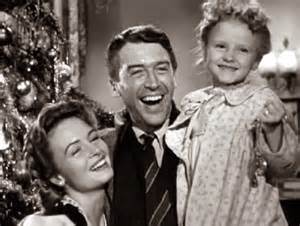 This is a Waiting on Wednesday first for me- there's not even a temporary cover for the book I've chosen yet, so I've used a still from the film it's inspired by!  As it's the #HIReadathon, I decided to go for a Harper Impulse book.  I love a festive read and am already excited about my annual Advent-ures in Fiction feature that runs here on Books with Bunny throughout December- and one I'll definitely be including is Carmel Harrington's Every Time a Bell Rings.

An angel gets its wings…

Belle has taken all the Christmas decorations down. This year they won’t be celebrating.
As foster parents, Belle and Jim have given many children the chance of a happier start in life. They’ve loved them as if they were their own. They shouldn’t have favourites but little Lauren has touched their hearts. And now her mother is well enough to take her back and Belle can’t bear the loss.

So when Jim crashes his car one icy December night, after an argument about Lauren, Belle can only blame herself. Everything she loves is lost. And Belle finds herself standing on The Ha’Penny Bridge wishing she had never been born.

Will Belle realise, before it’s too late, that her life is the most wonderful life of all?

Inspired by the timeless tale of beloved Christmas movie, It’s a Wonderful Life, Carmel Harrington’s next book tells the story of Belle, a young woman and foster carer from Dublin who faces the hardest decision of her life this Christmas on The Ha’Penny Bridge.

Full of Irish charm, magic, and the warmth of the festive season this is an emotional, heartwarming story that will stay with you long after you’ve reached ‘The End’. Perfect for fans of Cecelia Ahern & Jojo Moyes.

Every Time a Bell Rings is due for release on 15th October 2015, published by Harper Impulse.