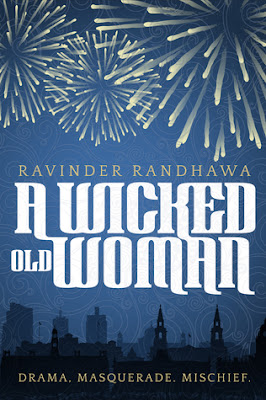 A Wicked Old Woman was my first novel, and like many first novels, it came out as a richly packed, multi-layered cake, full of the shifting glitter of emotions, hopes and feelings, and the turbulent mix of family, cultures and conflicts.


The beauty and pleasure of books is their infinite variety.  Some are about one overarching idea whilst others are like slices of life, but all are infused, filtered and imbued by that strange thing we call imagination. A Wicked Old Woman has several themes but is strongly about women trying to define their lives, about families trying to find their feet in a new country and culture, and about the history and secrets we all carry.


The main character is Kulwant, at a crossroads in her life, who decides to subvert everything and initiates a masquerade, which turns out to be more catalyst than disguise, more dynamic than passive, more transformative than defensive. Sparking fireworks among the diverse people who collide and converge, and who ultimately come together to help a young Asian woman, who’s killed a man...


The recent, tragic events in Paris, Beirut and Bagdad, which make us shiver with horror and sympathy, were perpetrated by people who think violence and bloodshed are justifiable. I was reminded of a section in A Wicked Old Woman, not because it’s about violence, but because it’s about a real group of women who worked for peace, The Greenham Women. In the novel, Ammi, one of the characters, keeps having nightmares about people exploding – meaning people being bombed. The thing about Ammi’s nightmares is they won’t go away until something’s been done about them. So a campaign is launched to do something to support the women at the Greenham Peace Camp, which includes a rather amusing samosa making session.


The Greenham Women’s Peace Camp, which lasted for 19 years, was one of the longest lasting peace camps in the world, its members enduring great hardship and tough conditions. It was set up to challenge by debate, the storing of 96 Cruise nuclear missiles at Greenham Common. When the women first arrived at the Common they delivered a letter to the base commander, putting forward their demands and said: ‘We fear for the future of all our children and for the future of the living world which is the basis of all life’.


What impresses me most about the Greenham Women is that they only used peaceful means, they challenged by words, by talk, by debate, and they were concerned about the future of the whole world. I think it’s time to start thinking globally, to tell our governments and politicians we want them to start developing peaceful means of resolving conflicts. It’ll be a long, hard and rocky road, but just look at this year’s Nobel Peace Prize winners, The Tunisian National Dialogue Quartet. They don’t have the word Dialogue in their name for nothing.


I’ve been surprised at how many current issues and topics are echoed in A Wicked Old Woman: from young women growing up in different cultures and trying to make sense of it all, to feminism and what that might mean, to the heartbreak of becoming a refugee. As well as the eternal stuff we all have to grapple with: love, loss, and dilemmas.


I hope you’ll enjoy reading A Wicked Old Woman, as much as I loved writing it.


In a bustling British city,  Kulwant mischievously masquerades as a much older woman, using her walking stick like a Greek chorus, ‘…stick-leg-shuffle-leg-shuffle…’ encountering new adventures and getting bruised by the jagged edges of her life. There’s the Punjabi punk who rescues her after a carefully calculated fall; Caroline, her gregarious friend from school days, who watched over her dizzy romance with ‘Michael the Archangel’, Maya the myopic who can’t see beyond her broken heart and Rani/Rosalind, who’s just killed a man …

Information about the book 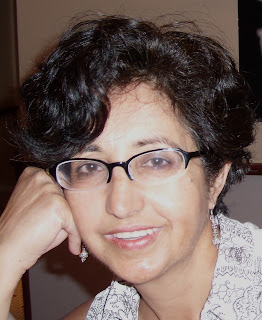 Ravinder Randhawa is the acclaimed author of the novels Beauty and the Beast (YA), A Wicked Old Woman, The Tiger’s Smile and the short story collection Dynamite. She’s currently working on a trilogy: The Fire-Magician. Ravinder was a Royal Literary Fund Fellow at Toynbee Hall, Queen Mary’s University, the University of London, and founded the Asian Women Writer’s Collective.

Ravinder was born in India, grew up in leafy Warwickshire, now lives in London and agrees with Samuel Johnson’s saying (though of course, in a gender non-specific way) ‘…if a man is tired of London, he is tired of life.’  Loves good coffee and really good thrillers.


So Many Books, So Little Time


Have Book Will Read


Tales of Yesterday
Posted by Katey Lovell at 12:34