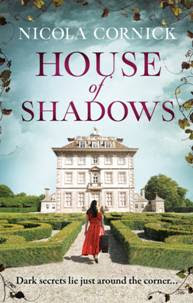 I vividly remember the comments I received from other authors when I told them that I was writing a time-slip novel and asked for their advice. Most of it could be summed up in one word. “Don’t.” Complex and challenging were amongst the phrases used when we discussed how to structure the parallel narratives. There was pity in their eyes as they contemplated what I had let myself in for.

Naturally I ignored the warnings. Time-slip has been a favourite genre of mine to read for years, ever since I picked up a copy of Lady of Hay by Barbara Erskine when I was in my teens. I’d wanted to write House of Shadows for a long time.
Writing parallel narratives allows you to use one strand of the story to illuminate the others. It adds so much depth and richness. Initially I planned to write each strand separately so that I could follow the story of the characters through in each different time period and then weave them together after they were written. I started with the 17th century story of Elizabeth, the Winter Queen, because it was with Elizabeth that the idea for the book had started.  I was intending to tell all her story, then write Lavinia’s tale, set in the 19th century and finally Holly’s in the present. However I just couldn’t get the story to work like that. There were too many connections between the characters that I needed to feed in in the right place. So I started again, threading the three different story strands together as I went along.
Keeping the characters’ voices separate and distinct was really important. It was also essential to create stories of equal richness so that a reader would become emotionally invested in all the parallel strands. The research had to be as accurate as for any historical novel but I actually found the contemporary thread the most difficult because I’d never written contemporary fiction before.
Writing House of Shadows was complex and challenging but it was also worth every moment. I learned so much in the process and exploring the mystery of the life of Elizabeth, the Winter Queen, was a wonderful adventure.
House of Shadows by Nicola Cornick is out on 5th November (Mira, £7.99) 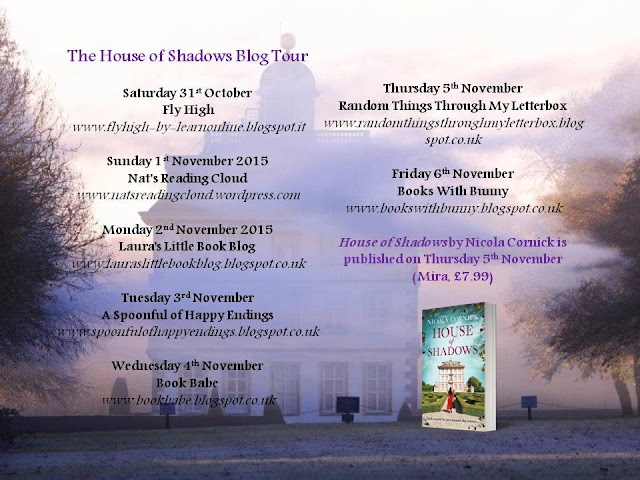