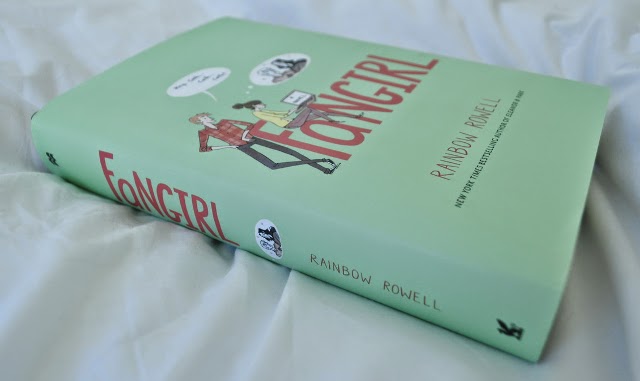 There are some books that come into your life and sweep you off your feet.  You know they haven't been written just for you, but it feels like they have.  Fangirl is one of those books for me. I love it like asdfghjkl...or heart eye emoji...or squeeeeeeeeeeeeee.

Fangirl is essentially a coming of age story, beginning as twins Cath and Wren leave for University.  Whereas they were once inseparable, the girls are forging their own identities, Wren more easily than Cath.  Cath seeks solace by writing fan fiction-  pages and pages of stories about Simon Snow (he's a bit of a Harry Potter type character).  Online she has an army of followers waiting for fan fiction updates, but in reality Cath is awkward- unsure about her room mate, adrift from her sister, worried about her Dad...and that is without the added issue of her Mum suddenly wanting to make contact after leaving on September 11th.  Yes, the September 11th.

Admittedly, one of the reasons I love Fangirl so much is the subject matter.  I'm one of those weirdo geeks that writes fan fiction about their favourite band and posts it online, and I read all kinds of strange shit that other people post (like the one where Josh, the drummer and Dan, the guitarist are gay and they adopt baby One Direction.  That was just plain weird).  So although fan fiction and general all round obsession with a programme/band/book series might be difficult for some readers to relate to, I was super duper excited to find there was a book out there about 'us'.  The writers no one notices unless you're one of the big hitters who gets snapped up by a publisher, becomes a cult smash and gets their story made into a film (EL James, I hate you).

Like Rainbow Rowell's other novels, it is hugely character driven.  Cath is instantly likable.  She's quiet and withdrawn.  She seems inexperienced, both in relationships and life in general.  She's full of anxiety, too nervous to venture to the dinner hall for fear of making some kind of social faux pas.  She prefers the world in her head to the real world. All this made her so easy to warm to- I wanted to be her friend, write with her and watch Simon Snow films, hiding away from the big, bad world.

I also fell completely in love with Levi, the guy Cath meets through her roommate Reagan.  He's a bit of a strange one in that he blows hot and cold, but he strongly believes in the importance of family and that is exceptionally attractive.  He's caring, which he shows via meaningful gestures not just hollow words.  And he's clever.  Maybe not in a conventional way, but he is.  And he's hard working, and he has a scent all of his own, and, and, and....  He's not flawless by any stretch, but he's magnetic.  New book boyfriend alert....

I wasn't prepared to devote so many emotional feels (good fangirl word there!) into Cath, or Levi, or Wren, and certainly not her mentally ill Dad, and that was a mistake.  Because by the end I was a blubbering mess, physically wrung out.  Rainbow Rowell taps into the pain that is all around us-insecurity, anxiety, peer pressure, depression- and squeezes every little bit of emotion out of her readers, which is why she is so hugely popular.  People can relate to her characters, and want to believe they'll get a happy ending, or at least some kind of resolution or inner peace.

As Wren says to Cath-

“Happily ever after, or even just together ever after, is not cheesy,” Wren said. “It’s the noblest, like, the most courageous thing two people can shoot for.”
And I'm going to finish off with a few descriptions of being a fangirl which I think are really apt...﻿ 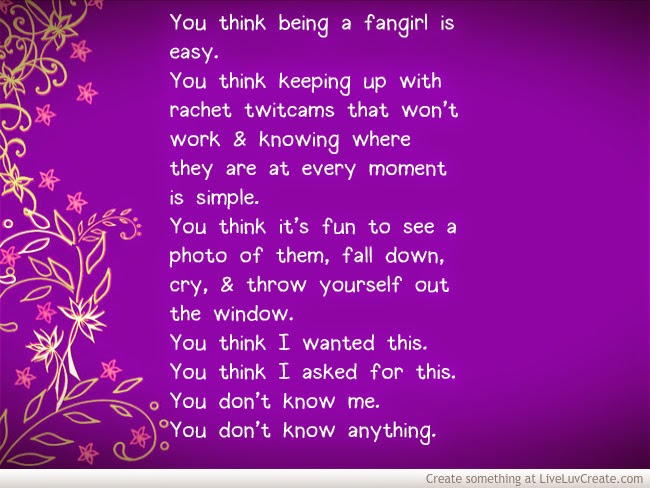 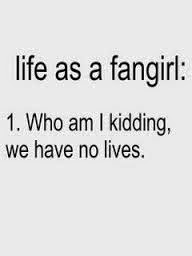 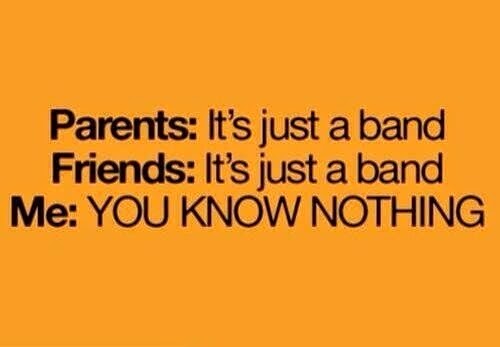 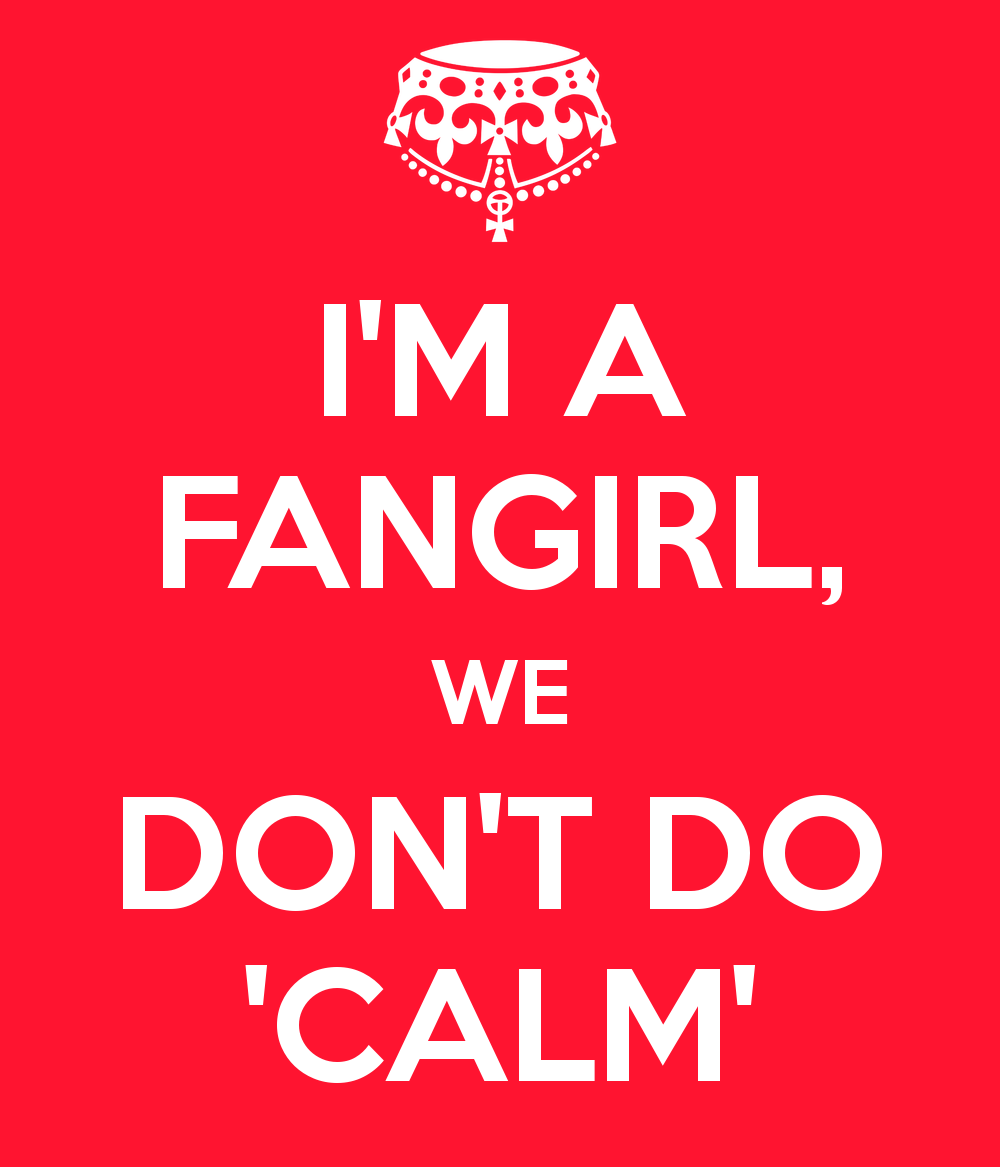 I'm a fangirl of Fangirl.  It is as close to perfect as humanly possible. 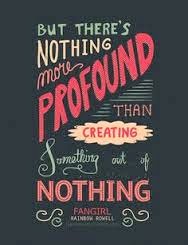 Rainbow Rowell, thank you for the words, the feels and the magic.
You rock.
Posted by Katey Lovell at 15:00