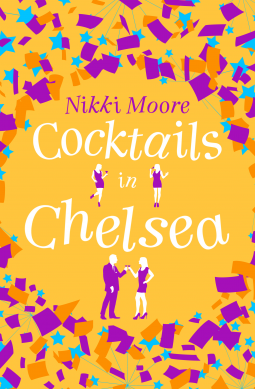 
Nathan Black is on a mission to prove himself. His family may be upper class and his cousin Matt might be a famous music producer, but he's going to make it on his own. So as soon as he has enough money set aside, he's quitting his bar-tending job on the King's Road and opening up his own cocktail bar. He hasn't got time for love, and definitely not with the spoilt Chelsea Princesses who flirt with him shamelessly every night. But is there something a bit different about the pretty blonde who's just walked in?
Bournemouth girl Sofia Gold is reluctantly visiting old childhood friends in London for Easter weekend. Keenly aware she's not part of their glamorous world, she's more comfortable riding a surfboard than wearing designer dresses and towering heels… although she's always had a soft spot for cocktails.
It's never really bothered Sofia that she's 'one of the boys,' and that her romantic experiences have been amazingly unspectacular, so when she meets gorgeous Nathan, why does she find herself faking an accent and pretending to be a London socialite? It can't be anything to do with impressing him, can it? After all, she's only in the capital for a few days…
But one impulsive kiss later, they both find themselves wishing for things they didn't know they wanted.
The Review
I think it's fair to say I'm a bit of a fangirl when it comes to Nikki Moore and the Love London series is fast becoming one of my favourites.
I do love a bit of glitz and glamour (admittedly, most of it comes via books rather than in real life), so the Chelsea setting appealed to me.  Whilst I'm an out and out geek, I love watching Made in Chelsea and seeing all the posh bars and restaurants, and reading about Sofia and her friends heading out to the exclusive spots felt like watching an episode of that- all that was missing was a quirky hipster Proudlock type.  Sigh...I do love a hipster.
But, before I get too distracted, back to the book.
I liked Sofia from the off.  She's the typical reluctant party girl, going out to keep the peace even though she'd rather be out climbing up large rocks or surfing the waves-in fact, I think she'd rather be pretty much anywhere other than heading out on the town.
There's an immediate frisson between her and barman Nathan.  He's interested in her despite the fact she's the sort of girl he sees all the time- dolled up to the nines and drinking elaborate cocktails.  Somehow though, he can see beyond that and is determined to know more. It is at this point that I warmed to him- until then I thought perhaps he lacked a bit of gumption and was the typical moody barman.  I definitely grew to like him more as the story developed.
I found Cocktails in Chelsea a bit saucier than the other Love London books, maybe that's partly because it's set at night, so offers itself to a sexier feel.  It's not really explicit, but it does have more of a NA feel compared to the chicklitty style of the previous books.
If you're looking for a novella or quick read, then you must try Nikki Moore.  I can't wait for the next instalment of Love London!
Cocktails in Chelsea is out now, published by Harper Impulse.
With thanks to the publisher for providing me with a copy of this book in return for an honest review.

And now, I'm delighted to welcome the fabulous Nikki Moore to Books with Bunny!

Hi  Bunny aka Kate - thanks so much for reviewing Cocktails in Chelsea, and loving the #LoveLondon series so much J


I’ve thoroughly enjoyed writing every story and am a bit sad that it’ll soon be coming to an end. One of the characters in each of the shorts is linked in some way to either Matt or Zoe, the main characters in Picnics in Hyde Park, the full length novel that will end the series. As much as it’s been fun, it’s also been hard work writing #LoveLondon and there’s a post on the challenges of writing a series on the Women Writers, Women(s) Books website at http://t.co/yjnrD202SS


I visited Chelsea last year after my lovely editor Charlotte commissioned me to write this series and I loved the vibe, although it’s not really, you know... me. My teenage daughter and my sister are devoted Made in Chelsea fans, and I’ve occasionally caught an episode and been amazed by (a) some of the behaviour (Spencer, you know who you are) and (b) how different the world they live in is to anything I’ve ever experienced.


So when I was creating this story I started thinking about people who come from different social classes, and the challenges that might bring to a relationship. The Human League song ‘Don’t You Want Me’ also kept running through my head. You know, the one that starts ‘You were working as a waitress in a cocktail bar, when I met you...’ I put those things together, turned them on their head, threw in a few surprises, added a little piece of myself (I’m a Bournemouth girl at heart, love the beach, was a bit of a tomboy when I was younger and adored Tom Cruise in Cocktail) and drank a few cocktails (it was a sacrifice, believe me)...


Here’s a pic of a cocktail I particularly enjoyed. 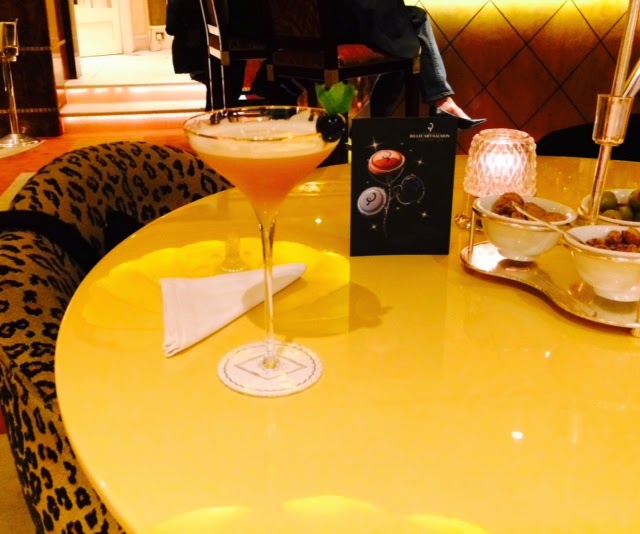 I was aiming for a fun, springtime romantic read with Cocktails in Chelsea and from what bloggers and reviewers are saying I may have just about managed it J So I hope readers enjoy it. And it’s a bargain at only 49p!


Strawberries at Wimbledon, the fifth and last short story in the series, is out on 14 May. It’s about Adam and Rayne (university sweethearts) and whether you can ever go back and recapture that first love. It’s on pre-order at various e-tailers including Amazon via http://www.amazon.co.uk/Strawberries-Wimbledon-Short-Story-London-ebook/dp/B00P5V4TAG