Always known for courting controversy, Morrissey managed to cause a stir with his autobiography.  Long-awaited by fans and the music industry, the release of Autobiography was delayed and then subjected to an embargo, giving added publicity to a book which surely didn't need it.  Published under the Penguin Classics imprint, usually reserved for established, successful authors, there has been much debate about Morrissey's right to sit alongside Austen, Joyce and Waugh.  Yet for over thirty years Morrissey has been capturing the imagination of his audience through his lyrics, a poet with a power to encapsulate emotion and touch the deepest, darkest thoughts of recent generations. 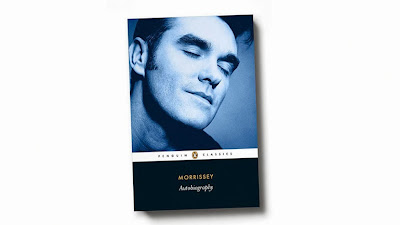 I am a Morrissey fan.  I am a Smiths fan.  I've been fortunate enough to see Morrissey live three times.  I share some of the same political views as Morrissey (although certainly not all) and believe that meat is indeed murder.  However, I don't fit into the Mozza stereotype.  For me Morrissey is not a godlike figure who can do no wrong, he is human and fallible.

To actually hold Autobiography in my hands after such a long, drawn out wait felt momentous.  I didn't want to be disappointed, and most of all I hoped beyond all hope that it would be entertaining, anecdotal and free from bitterness. 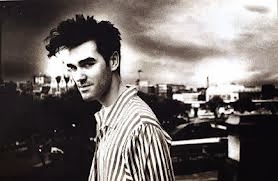 Written in prose, yet in no means prosaic, Autobiography gives an insight into Morrissey's family background, and on a wider scale also acts as a social history- Northern life in the reasonably recent past that seems so far removed from the regeneration projects taking place in Liverpool, Sheffield and of course Manchester.

Sometimes Morrissey comes across as coy and guarded, at other times like a petulant child spoiling for a fight.  Autobiography inevitably covers Morrissey's time in the Smiths, although there are perhaps less pages dedicated to this pivotal, formative stage in his career than fans will hope.  Contrastingly, the section around the Joyce trial is scathing (as expected) although is rather longwinded and repetitive.  I can completely understand that Morrissey has used Autobiography as a platform to convey his side of the trial, and for what it is worth I completely agree with his arguments, but to this reader it did come across as acerbic and sardonic, and felt at odds with much of the rest of the book.  Obviously this is Morrissey's story and he can write it how he wants, but the beauty and lyricism of the rest of the book is completely missing from what is one of the most memorable sections of Autobiography. 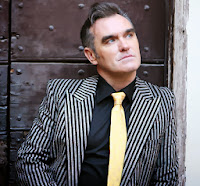 So, did I learn about Morrissey from Autobiography?  Yes, certainly.  His vulnerability and flaws are presented plainly to be seen and when writing about his experience of depression Morrissey touched a nerve with me and probably many others who have suffered the affliction of this malady.

Is it worth the hype?  For fans, yes.  For anyone interested in the music industry, yes.  For the general public or someone looking at it purely on literary value?  Maybe, maybe not.  Whilst the imagery Morrissey conjures up is as evocative as anyone who has heard his music will expect, sometimes the sentence structure and punctuation is awkward and unnatural.  It reads much like a freewrite, a splurge of words and emotions spewed onto the page.

This probably reads like a fairly negative review, when really it is not at all.  Quirks and obsessions are beautifully recorded; longing and emotion for normality, acceptance and love are insightful and intense.

I did say I wouldn't stoop to the cliché of a Morrissey lyric to end this review, and certainly not that he is human and needs to be loved, but somehow that seems fitting.  The allure of Morrissey continues to reign.

Autobiography is out now, published by Penguin Classics.

With thanks to Penguin for providing me with a review copy of this book. 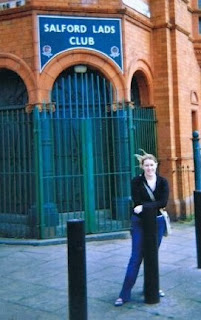