The Fault in Our Stars- John Green 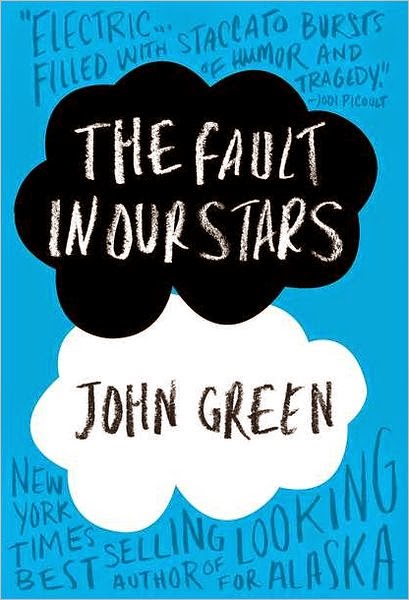 I am about a year behind the majority of book bloggers.  Everyone else read John Green's book way back when, long before the film brought the additional hype to The Fault in our Stars.  I bought this book late last year, but was scared that I wouldn't be emotionally strong enough to cope with the harrowing storyline.  For anyone who has been living under a rock, The Fault in Our Stars is a book about cancer.  And as if that didn't have the potential to be upsetting enough, it is about cancer in teenagers.  Sounds like a depressing read, right?

Well actually, wrong.  It is uplifting, and tender, and thought provoking.  It is heart felt, and honest, and unashamedly geeky.  It is insightful, and genuine, and humorous.  And most of all, it is romantic.  Boy, is it romantic.  Hazel and Augustus have such a mature, intense relationship, probably because of their experiences of cancer, yet they are defined by so much more than that.  Their love transcends all that is horrific about cancer and as a reader I was swept away by them as individuals and their potential as a couple.  That their relationship was ultimately a ticking time bomb waiting to explode was neither here nor there- they were just two ordinary teenagers utterly smitten with each other.  It is beautiful to read.

Although Hazel and Augustus are the protagonists, there is a wealth of peripheral characters adding to the depth of the novel.  Hazel's father almost broke my heart on a number of occasions with his thoughtful actions.

There are elements of this book that are similar to other popular culture success stories- the overbearing first love of Love Story, the teen angst of The Perks of Being A Wallflower , the introspective navel-gazing of Dawson's Creek.  Yet there is undeniable beauty in The Fault in Our Stars.  It is painful, and beautiful, and worthy of all the acclaim.

There are also some terrifically quotable lines in this book, my own personal favourite being 'it would be a privilege to have my heart broken by you'.  How Morrissey-esque is that?  And I love Morrissey. 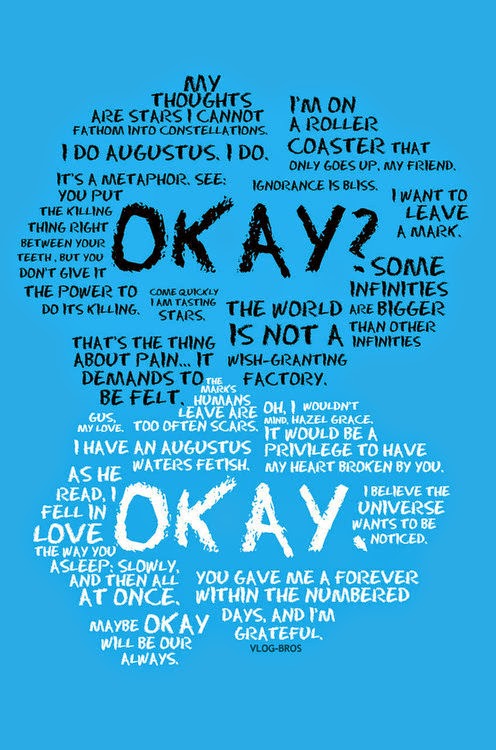 If you haven't read this book yet, do yourself a favour and read it now.  You can thank me later.  Through your tears.

The Fault in our Stars is out now.
Posted by Katey Lovell at 14:57