So Much Closer- Susane Colasanti 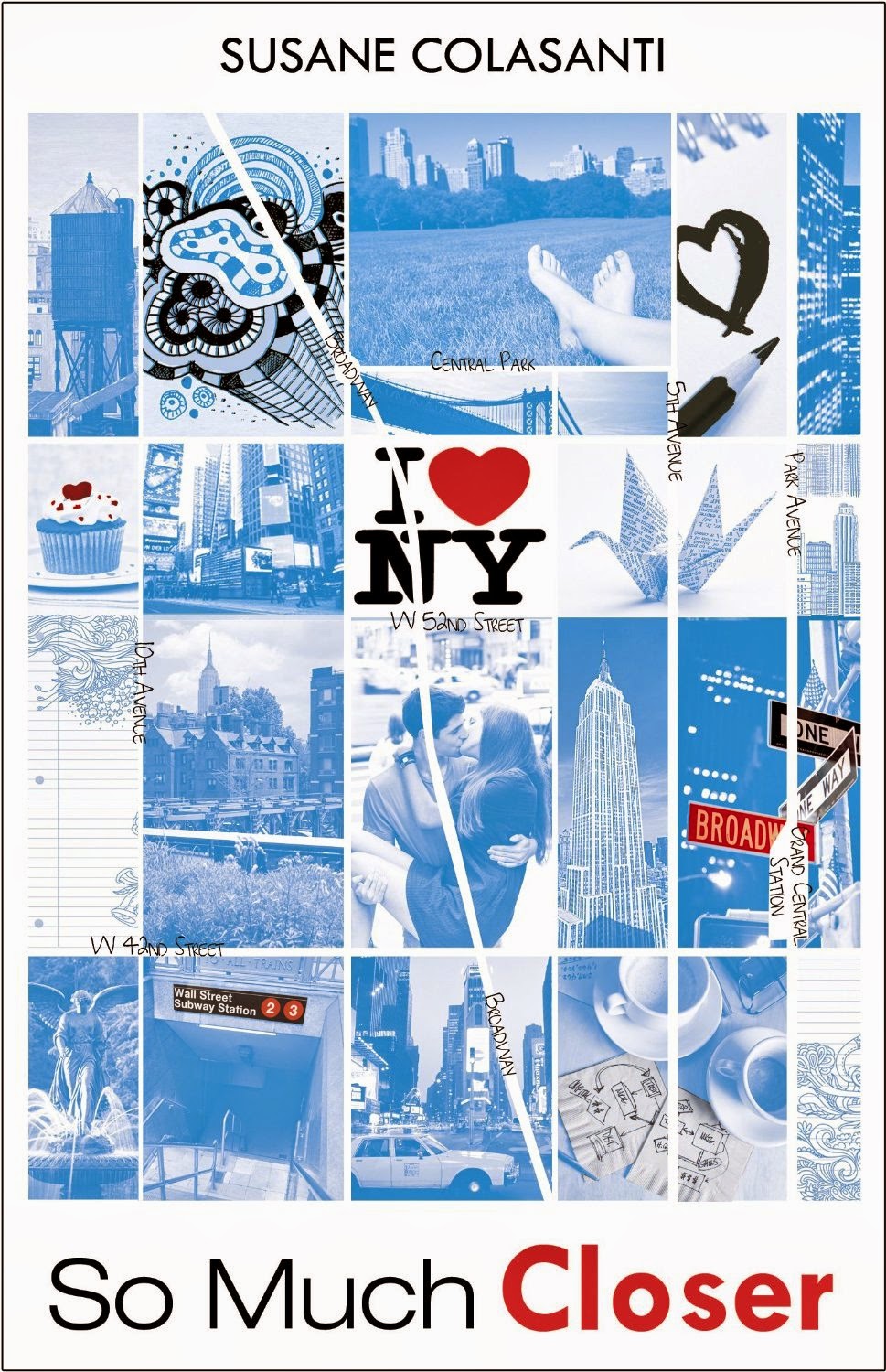 When Brooke discovers that the love of her life, Scott Abrams, is moving from their New Jersey suburb to New York City for senior year, she decides to follow him there. Living with her estranged father and adjusting to a whole new school are challenging--and things get even worse when she finds out that Scott already has a girlfriend. But as she learns to navigate the big city, she starts to discover a whole new side of herself, and realizes that sometimes love can find you even when you're not looking for it.

I remember seeing this title pop up on my Goodreads title and immediately falling in love with the cover- the New York theme resonated with me and I just had to find out more. The blurb appealed to the romantic in me and as a fan of Young Adult fiction I knew this was a book I had to read.

As it's quite slender I thought I'd whizz through it, and for the first fifty pages or so I did.  Although the story requires an open mind (would it really be as simple for Brooke to follow Scott to New Jersey?  Probably not, even with the convenience of her father living there) I found the opening chapters engaging and enjoyed getting to know the characters.

However, after Brooke's initial arrival in New Jersey and the first scenes where she's reunited with Scott, I found there was a bit of a lull.  In fact, this lull was enough to cause me to put the book down and I started reading something else instead. It took me a while to pick it back up, and when I did it took a while to get interesting. I'll even admit I skimread a few sections, something I hate doing.

The character that interested me most was John, the pupil Brooke is assigned to help coach academically, and it was him that saved the book for me.  He's humorous and lively and vibrant- essentially everything I'd hoped this book would be.

So Much Closer was a nice enough book, but the bar for YA fiction has been raised so high in recent years that I was left feeling a little bit flat, despite the promise it held.  I'd probably read another book by Susane Colasanti, but my expectations may not be as high after this.
Posted by Katey Lovell at 20:31