Jane Linfoot is my guest today, talking about casting heroes (complete with pictures of Aiden Turner!)

Many thanks to Jane for providing an entertaining and eyecatching post ;)

I'll leave you in her very capable hands...


To celebrate Harper Impulse Fortnight, I’d like to share a few thoughts on how I choose the hot guys in my stories.


There are so many fab parts to being a chicklit writer, but one of them has to be dreaming up the male leads. Although most of my heroes have an unnerving habit of marching onto the page fully formed, I still find it useful to find a real life equivalent. Pictures of a flesh and blood guy come in handy, because if I get stuck on a scene, a quick drool over the pic of the man in question will usually get the creative juices flowing again. It’s also a great excuse to adorn my desk top and inspiration boards with decorative pictures, and yes, I can spend hours trawling the internet to find them, all in the name of work.


With my last book, High Heels and Bicycle Wheels, I was pouring over a set of arty Dolce and Gabbana shots of David Gandy, when I came across the perfect shot of Jackson Gale, the lead guy in that story. I say “arty”, meaning very beautiful. In fact, the collection hit facebook with the caption “David Gandy naked!!!!”, although possibly the pictures didn’t warrant quite that many exclamation marks. In some of the shots he was smoldering in a suit, but admittedly in others he was wearing considerably less. Later, I sent the file of pictures through to Katie at Harper Impulse, so she could select a suitably chaste picture, to add to the Harper Impulse blog, as a Jackson teaser. This was to go at the end of a guest post I’d written about Bryony, the heroine, and her fab chocolate brownies. Poor Katie opened the picture file, expecting to see cake, and instead got an unscheduled eyeful of David Gandy in the buff – she almost had to start her maternity leave early.


The dream guy in my latest book, The Vintage Cinema Club, is called Xander Blackman. He’s a film producer and property developer, whose life is spectacularly dysfunctional and sad. Can you tell I’m terminally in love with him? I first started work on this book back in 2010, and as Xander strolled onto the page of that first draft, I spotted he was a dead ringer for Mitchell from the cult BBC3 hit, Being Human – a.k.a. Aidan Turner. (Although please note, Xander definitely doesn’t have vampire tendencies in The Vintage Cinema Club.) Since I cast him to play Xander all that time ago, Aidan Turner’s acting career has taken off, so I wasn’t the only one to notice his qualities. He has gone on to star in The Hobbit films, and as Poldark he’s recently been giving Colin Firth a run for his money, as hottest guy in a wet shirt to grace our screens, in the world ever. Even if Aidan’s much more famous now, that bone structure, his stubble covered jaw, the choppy hair, and dark eyes, mean he’s still a perfect fit to play Xander, especially when he’s looking mean, or serious.


Here are a couple of pics to wet your appetite. 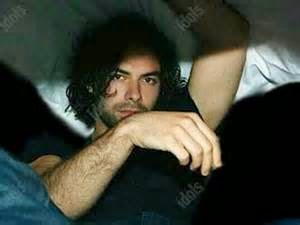 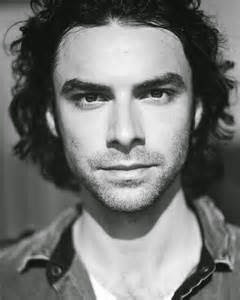 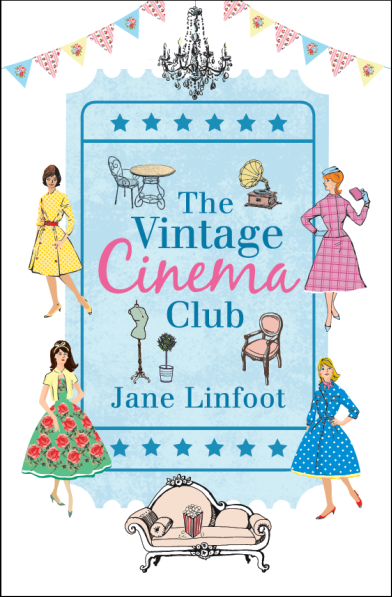 
"A witty, warm-hearted romp through the lives and loves of three friends – with a cool retro vibe, and a sense of fun that will never go out of fashion." – Debbie Johnson, author of the best-selling ‘Cold Feet At Christmas’.


Izzy is a wow at making unwanted things pretty, but with three brothers and her shabby chic furniture business to run she doesn’t have time to date. Could a fabulous French proposal change her mind?


Single mum Luce’s vintage bridal dresses are exquisite, but there’s no way she’s ever going to wear one or walk down the aisle for that matter. She’s a strictly no romance, one night kind of woman – or so she thinks…


Dida seems to have it all – a chocolate and banana cake recipe to die for, lovely kids (most of the time!) and a great lifestyle. But what good is a fabulous home, when your marriage has more cracks than a pavlova and your husband is having it off with half of Lithuania?


Three retro fabulous friends, in love with all things vintage, run their dream business from the faded grandeur of a rescued cinema. When that dream comes under threat, they’ll do whatever it takes to save it.


Author Bio
I write fun chicklit, with strong heroines, and lots of heart.


Writing is fab, because I get to wear pretty shoes instead of wellies. I live in a cottage up a mountain road in Derbyshire, where my family and pets are kind enough to ignore the domestic chaos. Happily, we're in walking distance of a supermarket. I love hearts, flowers, happy endings, all things vintage, most things french. When I'm not on facebook, and can't find an excuse for shopping, I'll be walking, or gardening. On days when I want to be really scared, I ride a tandem.

a Rafflecopter giveaway
Posted by Katey Lovell at 06:00