Hi Wendy, welcome to Books with Bunny. I wondered, can you tell me a bit about your writing journey? 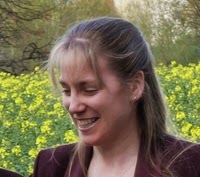 By My Side was my second novel published with HarperImpulse. My first, The Songbird and the Soldier, is a story of love across the miles and an emotional story about the difficulties of managing a relationship in war time. It was set against the back drop of the conflict in Afghanistan and much research had to go into that one, I can tell you.


Songbird took about 6 months to write. It was the first book I wrote straight onto the screen. Previously I had written in long hand and then typed it up after I finished, taking twice as long. It was, however, the fourth book I’d written and sent out. I'd all but given up on getting anywhere, had self-published on my own and then saw the call from HarperImpulse to send in romance manuscripts and so I sent it in, not giving it another thought- until a couple of months later, when I got a reply!


By My Side has been so well received by readers, and I believe the sequel is out soon.  What can you tell me about it?


The sequel to By My Side is due out towards the end of June  - it has only a tentative title as yet and no cover.
I wrote in 3 months, my quickest book ever! It's Peter Florin's story, so it answers a few questions about the origins of the By My Side plot, but mostly concentrates on what happened next, between Peter and one of Kate's friends.


Are you a reader of romance and well as a writer of it?
I did not grow up much of a reader, but since discovering my passion for writing, I read lots. Mostly romance and the occasional women’s fiction, I enjoy historical and contemporary mainly. I'm active on Goodreads, where I post all my reviews, but have recently taken a bit of a break to read text books as I get to grips with some different elements of story telling.